Nkor council area engulfs the entire Noni Subdivision, which is found in Bui Division ofthe North West Province of Cameroon. The estimated surface area of Nkor Council is 325.7 Sq.km. The population is sparsely settled across the Council area under ten (10) traditional fondoms, with six (6) principal concentration zones along the Noni Ring Road at Mbinon, Lassin, Nkor, Dom, Din and Djottin. Nchine, Mee, Ngeptang, Nkale and Bamti are some major quarters linked to the principal population concentration zones of Mbinon, Nkor and Din respectively The Municipality is situated between latitudes 6°38` and 6°.48`north of the equator and longitudes 10° 49’ and 10° 69’ east of the Greenwich meridian (Map 3.1). 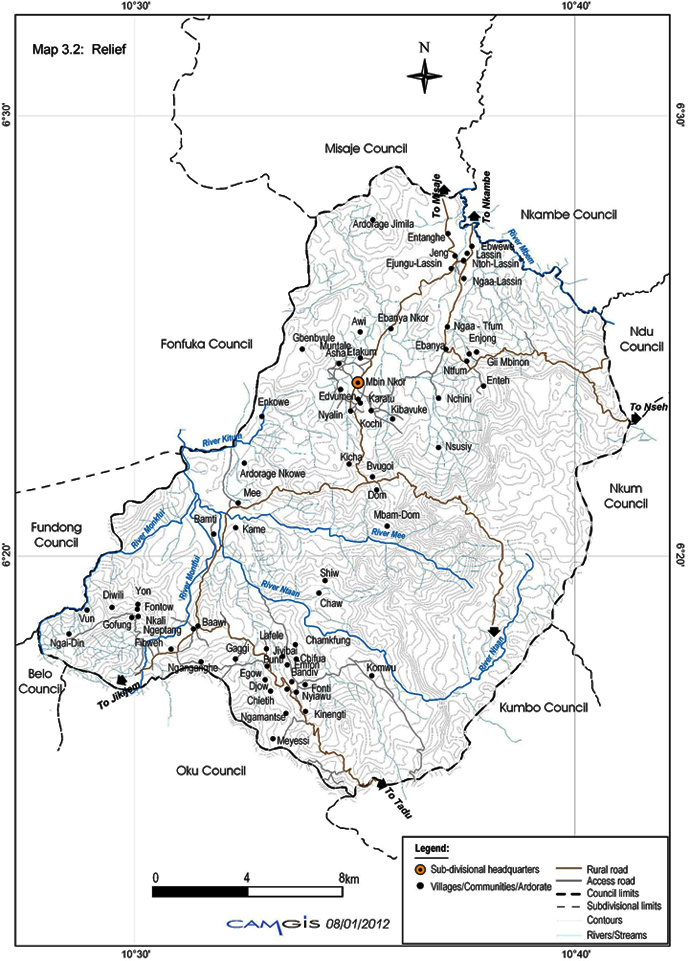